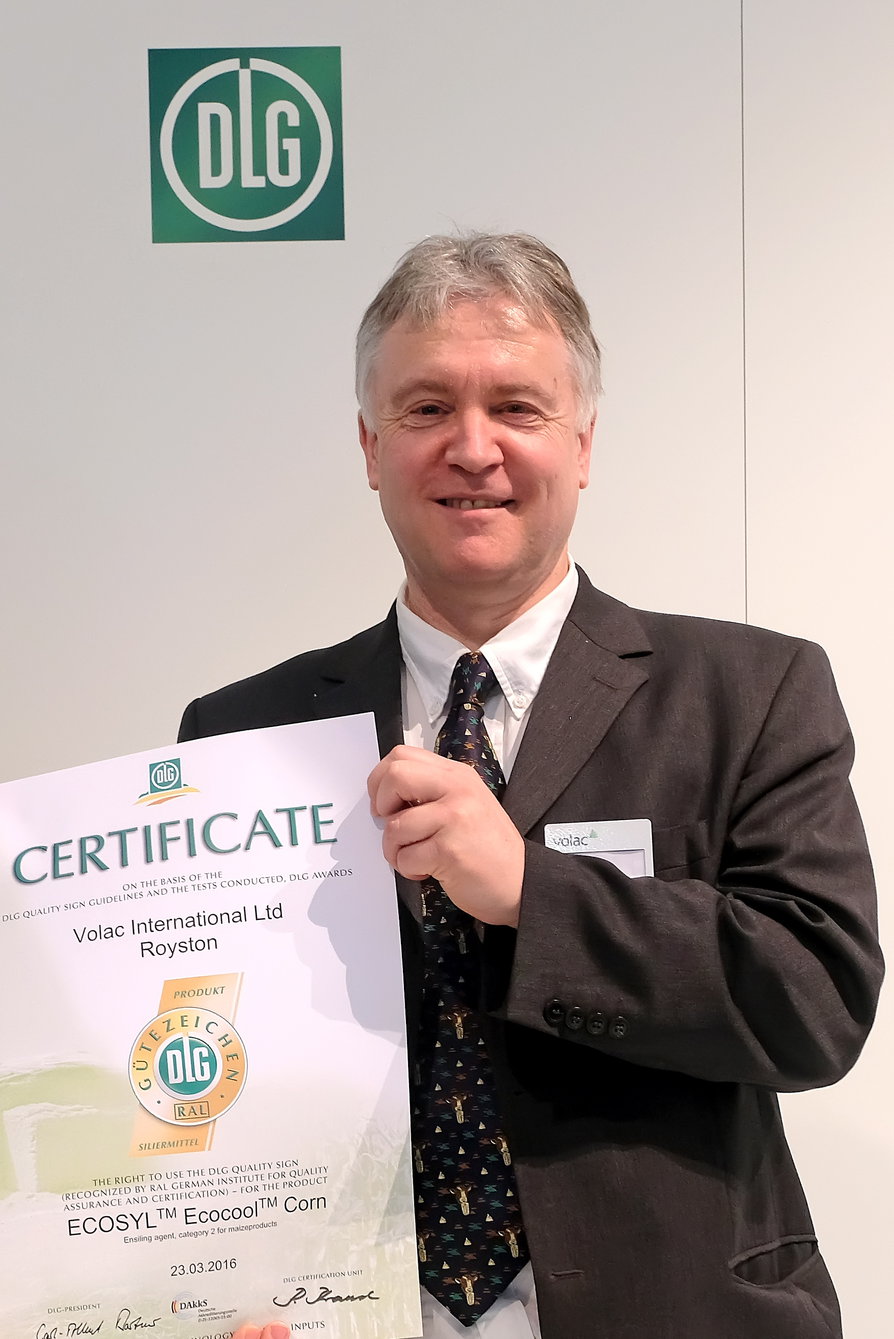 This prestigious approval, which is based on trials by three separate research institutes across Germany, gives farmers added validation of the product’s effectiveness, says Volac agri R&D manager, Philip Jones.

“Aerobic spoilage, caused by yeasts and moulds, is a major problem affecting higher dry matter silages, such as corn silage,” says Mr Jones. “If not prevented, it causes silage to heat up, and results in losses in dry matter and feed quality, and increased risk of mycotoxins.

“Indeed, in a recent survey among UK dairy farmers that we conducted, over two thirds rated preventing aerobic spoilage as their biggest challenge when preserving corn silage. So it’s good to be able to provide farmers with even greater reassurance, on top of other research work done, of how well the product works.

Ecocool was launched last year and contains two different beneficial bacteria – one to tackle aerobic spoilage and one to improve fermentation, which can also produce dry matter losses if it isn’t carried out efficiently.

According to Mr Jones, the DLG carries out independent tests on a wide range of agricultural products.

Although granted in Germany, DLG approval is also well respected in other countries, he adds.